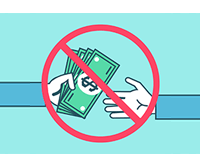 Terrorist organizations, like other organized crime groups, require funding in order to operate. Buying weapons and vehicles, feeding and housing members, and using marketing materials to spread their ideas all cost money. The Center for a New American Security reports the 9/11 attacks alone are estimated to have cost between $400,000 and $500,000.

According to the Center for a New American Security, terrorist funding is much more significant than you may think. Consider:

While funding for lone-wolf terrorism attacks may be partially or fully self-funded, larger organizations like the ones mentioned above often rely on diverse funding means. This helps ensure funding stays steady, in case one course is thwarted.

While funding for every terrorist group is different and often includes many strategies, the World Economic Forum identified the most common ways the world’s wealthiest terrorist group, ISIS, made its money in 2016: taxes and fees, oil and gas, kidnapping and extortion. Here are some details on common terrorist funding ploys.

Money laundering is turning illicit funds into something that appears legitimate. Examples include using ransom money to fund a business, setting up a “nonprofit” that actually funds terrorism, depositing small amounts of illicit money at a time into an account to not arouse suspicion, and using funds to build a business whose profits go back into terrorist acts.

For example, The Washington Post reports that a terrorist group working on behalf of Al-Qaeda in the United Kingdom used computer viruses and stolen credit card accounts to set up black market communications and make purchases. A cold-calling scam in England on behalf of ISIS resulted in more than $218,000 in stolen pensions.

Terrorist organizations may use drug trafficking operations around the world for funding. For example, Hezbollah has been linked to the drug trade in South America and produces $1 billion a year through its drug ring, with cocaine from Hezbollah being smuggled into the United States. Funds made go back to Hezbollah in the Middle East.

These are just a few ways terrorist funding happens throughout the world. Businesses who are concerned about supporting terrorist organizations have access to technology that can help prevent them from contributing.

Tech That Is Combatting Terrorist Financing

Technology is becoming increasingly sophisticated, and much is designed today with the intent of preventing helping terrorist organizations. Here are a few types:

Account verification services like those offered by Lyons identify risky clients businesses might be transacting with. Lyons provides OFAC screening to alert businesses about possible illegal transactions and those with terrorist organization ties, so that the transactions can be stopped and relationships can be cancelled.

Artificial intelligence enables banks and financial institutions to mine data to find suspicious account activities. By taking in data points and analyzing them for patterns or alarm signals in money movement, frequency of transactions, invoicing sequences and transfer amounts, money laundering is easier to identify.

The Terrorist Finance Tracking Program (TFTP) was created by the United States Department of the Treasury to spot, monitor and pursue terrorists. The TFTP delivers leads to government agencies to investigate, as well as subpoenas to the Society for Worldwide Interbank Financial Telecommunication.

By working with the federal government to identify and stop risky transactions, businesses can protect their own assets while helping stop terrorist activities.

The Future of Tech and Terrorism

Terrorism is a wicked problem with so many moving parts, including finances. As banks and federal funders become more sophisticated in identifying, preventing and stopping terrorist funding, some terrorists and organizations are turning to emerging financial methods, such as cryptocurrency and crowdfunding platforms. It is up to platforms such as Kickstarter to properly vet campaigns before they go live.

The ACAMS says detecting and reporting warning signs of terrorist financing is the most effective way to combat it and stop the transfer of funds. Any business that handles finance transactions or makes their own transactions can use tech like account verification services to prevent terrorist contributions. Get a free consultation on how account verification services from Lyons can help your business stop contributions to terrorist organizations.