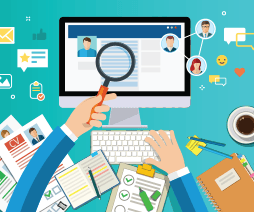 In this era of global commerce, it can be difficult to know the specific details of every client with whom one does business. Federal law actually prohibits transactions with certain companies, businesses and individuals in order to limit nefarious activity. However, many U.S.-based entities fail to do the full due diligence to ensure compliance with U.S. law.

OFAC is the Office of Foreign Assets Control, a section of the U.S. Treasury. The department lists thousands of entities that are under a U.S. financial embargo. In essence, they are prohibited from transacting with the United States, and U.S. businesses must comply with this regulation. The list is easily accessible through a searchable database, where companies do their due diligence before starting a new business relationship.

There is a great deal of information on OFAC, but even the U.S. government recognizes its limitations. In an effort to put a stop to money laundering and terrorist activity, another federal department, the Financial Crimes Enforcement Network (FinCEN), proposed new requirements in 2014. These are referred to as Know Your Customer (KYC). The KYC program exists in many countries and remains an important part of anti-corruption efforts.

What Are the KYC Procedures?

Know Your Customer offers only baseline requirements, and the interpretation of those requirements tends to vary between industries. Many companies may, therefore, want to know more rather than less about their clients.

In order to comply with Know Your Customer, financial actors must take steps to establish the identity of their clients. This means collecting basic identity information and doing a rudimentary check against important databases. OFAC is an essential database, but other details can prove problematic for companies that want to stay in compliance with the law. For example, U.S. legislation in some instances prohibits payments to foreign officials, and specific officials may not appear in OFAC.

KYC involves not just initial due diligence, but ongoing monitoring. The financial entity should set up a profile of potential risk to commit a financial crime. The entity should also have a model of expected transaction activity and monitor accounts on an ongoing basis to see if transactions fit that model.

How Else Can You Remain Compliant?

OFAC and KYC apply to all financial transactions, whether or not they are electronic. If the nature of a business also involves the NACHA electronic payments network, it is essential to remain informed about changes and updates to the NACHA operating rules. Performing due diligence may be as simple as knowing the identity of everyone with whom a business transacts.