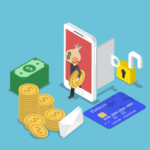 So many changes occur in the global payments industry every day that many (if not most) merchants find it difficult to keep up with the strategies needed to protect themselves from the consequential losses. Business owners who understand the origins of most fraudulent activity, however, do have an opportunity to reduce their exposure. Adopting new best practices in response to current criminal trends is the best opportunity they have for avoiding losses altogether.

Increases in identity theft are driving the increased in this nefarious behavior: Thieves are knitting together bits and pieces of other people’s stolen information to create a plausible but fake “synthetic” person. The “new” identity then uses that identification to purchase goods, leaving the merchant with no actual customer to pay the debt. Those victims whose identities were stolen may lose a little money in the processing of the transaction, but the seller bears the brunt of the crime.

Synthetic buyer theft is on the rise in card-not-present transactions, and some experts estimate that these scams may represent as much as 25 percent of all collections cases.

This activity often occurs in connection with synthetic thefts. Thieves use their synthetic persona to gain an installment credit, then “secure” that plan with a general purpose credit card, also tied to the synthetic identity. Merchants making the deals don’t get notice of the fraud until well after the thief has absconded with the goods.

Criminals using loan stacking will often commit several offenses in a short period of time, stinging many vendors with the same financial weapons. Stacked loans are becoming more prevalent but have been causing losses for several years. In 2015, they represented almost 8 percent of all charged off debt, and that number is growing.

Attacks on Small Businesses Are Rising

Smaller companies are becoming more frequent targets because they often don’t have the security resources of larger enterprises and their drive to attract new customers can sometimes distract their attention away from security and due diligence practices. However, statistics indicate that it’s more critical than ever that the small to medium-sized entity remain hyper-vigilant against these and other crimes. These crimes often cause a snowballing of losses, multiplying the damage done to the organization. Because the enterprise doesn’t know the synthetic person isn’t real, it may log the initial loss as delinquency. The company may then waste weeks of time and effort trying to collect on the delinquency but eventually assign or sell it to a collections service. If the account is sold, then the collections agency is also stung by the scheme.

While there is probably no stopping the use of synthetic personas to commit a crime, businesses of any size can implement enhanced security practices to reduce their risk of being stung by one. Perhaps the most critical enhancement: tightening controls around new account-opening procedures:

Fraudsters will always look for the easy way into someone else’s accounts. Merchants who zealously defend their own and their customers’ information security will reduce their appearance of being an easy target. Contact one of our experts at Lyons Commercial Data to find out more about how to protect your business from these types of fraud.