The Federal Kingpin Act and What It Means For You 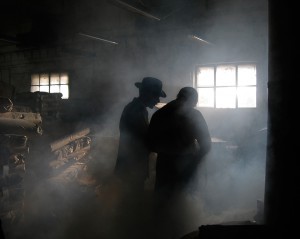 American companies need to be more vigilant than ever when doing business in Panama or dealing with Panamanian firms. That’s the word from the U.S. government, which is cracking down hard on businesses that violate sanctions designed to bring down the Panamanian drug trade.

Ignoring or sidestepping those sanctions can be a costly mistake. Fines are substantial and can top more than $1 million per violation. That’s no chump change.

The impetus for all these new sanctions comes thanks to the Foreign Narcotics Kingpin Designation Act, also known as the Kingpin Act. Enacted in 2000, it prohibits all trade and financial transactions between U.S. companies, citizens or resident aliens, regardless of where they live, and drug traffickers. Individuals and companies that violate those sanctions can be prosecuted and fined up to $1.075 million per violation. Modelled after similar sanctions used against Columbian drug lords, it also allows for the seizure of assets belonging to cartels operating in the United States.

It wasn’t until May 2016, however, that federal officials began putting pressure on Panama, which has long been known as a hotbed for the drug trade. That’s when the United States announced sanctions against the Waked Money Laundering Organization, its leaders and associates along with 68 companies linked to the cartel, including a Panamanian bank.

According to the Treasury Department’s Office of Foreign Asset Control, the cartel used trade-based money laundering schemes including real estate development and false invoicing, “to launder drug proceeds on behalf of multiple international drug traffickers and their organizations.”

The announcement came just weeks after an anonymous source leaked 11.5 million files, dubbed the Panama Papers, that exposed the names of twelve national leaders – among them Russian President Vladimir Putin – along with more than 100 politicians who hid millions of dollars in offshore tax havens. The documents, which indicate an expansive pattern of money laundering, shows how pervasive corruption is throughout the world.

What does all this mean for legitimate companies and business people whose livelihoods depend on Panamanian commerce? It means more red tape for U.S. businesses working in Panama or exporting Panamanian goods. It also means U.S. firms will need to be more vigilant in establishing working relationships in that country.

Suspicious transactions — such as those from sanctioned countries — need to be blocked or rejected and then reported to OFAC’s compliance office with 10 days.

Companies also will need to set up a compliance program through a bank. That will go a long way to ensure that it is following the law. A wide array of software packages are available, including software designed to check the name of new customers or filter the name of all account holders.

The Office of Foreign Asset Control is there to help. The agency keeps a list of sanctioned companies on its website where individuals and companies owned or controlled by narcotics traffickers can be easily found. OFAC also offers a link where American businesses can obtain authorization to engage in transactions that would normally be prohibited under the sanctions.

In addition to checking a company’s sanction status online, businesses can also check the OFAC license given to legitimate Panamanian firms. OFAC officials, however, cautioned that firms should verify all OFAC documents presented during any business negotiations to determine if they are legal by contacting the agency’s licensing or compliance divisions.

Full information on how to fully comply with the law can be found on OFAC’s website at: https://www.treasury.gov/resource-center/faqs/Sanctions/Pages/faq_compliance.aspx#block

Q.How can I find out more information about Counter Narcotics Trafficking Sanctions and the companies that are on the OFAC list?