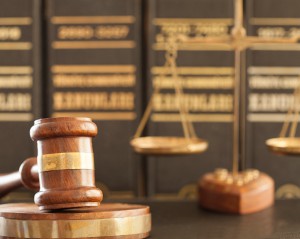 On August 1, 2016, at the implementation of the “Federal Civil Penalties Inflation Adjustment Act,” the U.S. government will adjust for inflation the fines levied on violators of five federal laws that govern oversight of foreign assets.

Most forms of government have some mechanism for punishing people who violate non-criminal laws. Most often, that punishment takes the form of a fine, the payment of a penalty for breaking the rule. Setting a high dollar value on the fine can act as a deterrent for violating the law.

The federal government has passed several laws authorizing its agencies to impose civil fines on entities within their purview that violate their regulations. As economies evolve, the value of those penalties is often adjusted to account for inflation. Collectively known as the “Federal Civil Penalties Inflation Act” (FCPIA), a series of laws passed since 1990 authorize every federal agency with the power to assess civil monetary penalties (CMP) and to adjust the value of those assessments per inflation. The purpose of increasing the financial punishment for inflation is to maintain its deterrent effect on potential violators. The new law also allows a “catch-up” opportunity for agencies that have not regularly increased their limits for inflation.

A division of the U.S. Department of the Treasury, the OFAC administers and enforces sanctions based on U.S. foreign policies and national security goals. Using economic and trade sanctions as its primary tools, the agency focuses its attention on targeted foreign regimes and countries, international narcotics traffickers, terrorists, and other threats to the United States, its economy or national security. The OFAC imposes restrictions on transactions and can freeze assets held under U.S. jurisdiction in foreign countries. Very often, the OFAC sanctions are based on United Nations mandates and treaties, are multinational in scope, and work in conjunction with sanctions from other nations.

regarding issuing civil penalties, this agency is the enforcement body for five federal statutes:

Trading With the Enemy Act (TWEA)

Originally enacted in 1917, this law is designed to prohibit and deter trading with or giving support to nations that are hostile to the United States. Although it is usually addressed at foreign nationals, it was extended in 1933 by President Roosevelt also to encompass actions occurring during a national emergency. President Roosevelt used it to prohibit the hoarding of gold during the Depression.

Enacted in 1996, this law is designed to address the damages caused by incidents such as the 1993 attack on New York City’s World Trade Center and the Oklahoma City bombing on April 19, 1995. Aimed at deterring terrorism, the law also provides justice for terrorism victims and enhances existing capital punishment laws.

President Carter signed this Act in 1977 under the provisions of the National Emergencies Act. The Act permits a president to declare a national emergency when facts indicate that the country is facing an extraordinary threat to its security, economy or foreign policy, and when that threat originates to a substantial degree outside the United States. President Carter invoked the rule in response to the Iran Hostage Crisis.

In 2007, the punishment for participating in an event covered by the IEEPA was $250,000 or twice the amount of the underlying transaction. The inflation factor set by the FCPIA for these infractions is 1.13833. The adjusted rate as of August 1 is twice the transaction amount or $284,582.

The Kingpin Act authorizes the United States to impose sanctions on international narcotics traffickers and their international organizations. The Act created a list of “specially designated narcotics” (SDN) traffickers. Interactions with people on the SDN list are prohibited if they involve paying, transporting, exporting, withdrawing or transferring property to or from that individual or entity. In 1999, the fine for violating the FNKDA was $1,000,000. The FCPIA establishes an inflation factor of 1.41402 to the fine, and, as of August 1, the penalty increases to $1,414,020.

The occurrence of violent civil conflicts in African countries was the driving force behind the signing of this law by President George W. Bush in 2003. Tragically, many of these wars were funded by the proceeds of the sale of rough diamonds, also known as “conflict” diamonds. Under Chapter VII of its charter, the United Nations Security Council imposed prohibitions on purchasing any diamonds from either Sierra Leone or Liberia to prevent further funding of war criminals. The CDTA demonstrates America’s commitment to that purpose.