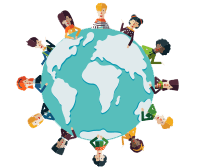 OFAC is a powerful arm of the U.S. government designed to promote U.S. policy abroad. For companies doing business in U.S. jurisdictions, failing to comply with OFAC can result in hefty penalties and public rebuke that is harmful to the company’s reputation. Fortunately, partnering with a commercial data company focused specifically on OFAC compliance can prevent violations.

The Office of Foreign Assets Control is a division of the U.S. Treasury Department. It enforces U.S. sanctions against foreign companies and individuals in order to meet U.S. foreign policy objectives. Sanctions may include restrictions on trade or blocking of financial assets. Entities doing business in the U.S. must comply with OFAC or face civil penalties.

What is the History of OFAC?

OFAC has been in existence since 1950. It was preceded by the Office of Foreign Funds Control. Established in 1940, the FFC was designed to prevent Nazi seizure of assets held by occupied countries and to stop forced repatriation of those assets.

The creation of OFAC was the direct result of President Truman’s order to block Chinese and North Korean assets under U.S. jurisdiction. His declaration came after China entered the Korean War.

What are “Prohibited Transactions” of OFAC in Banking?

For example, a bank that holds securities such as stocks or bonds for a European country owned at least 50 percent by a prohibited party might violate OFAC. Similarly, U.S. financial entities that engage in foreign investment may also violate OFAC if the location of the foreign investment is in a prohibited territory or owned at least 50 percent by a sanctioned party.

OFAC imposes civil penalties on those who violate OFAC or who fail to keep adequate records of their procedures to ensure compliance. Some situational factors, such as voluntary disclosure, can reduce the amount of penalty. The Treasury Department regularly publishes a list of OFAC enforcement actions, including identities of the parties involved and the details of the infraction.

What Are Some Examples of Past Prohibited Transactions?

In 2016, OFAC settled with Barclays, ordering the UK-headquartered financial institution to pay more than $2.4 million for 159 potential violations that occurred between 2008 and 2013. In violation of Zimbabwe Sanctions Regulations, Barclays processed transactions for Barclays’ Bank of Zimbabwe customers through U.S. branches. These corporate customers were 50 percent directly or indirectly owned by parties on the OFAC Specially Designated Nationals (SDN) list.

Notably, OFAC’s own description of Barclays’ procedures at the time included the fact that the bank attempted to comply with sanctions regulations. However, its internal procedures were ineffective and cumbersome, and a workaround to follow the company’s own Know Your Customer program was little used because of its technical challenges.

Since the U.S. Treasury leaves it up to banks to determine how to comply with OFAC, partnering with businesses such as Lyons Commercial Data can help prevent similar issues.

As the Barclays case demonstrates, the U.S. Treasury will impose significant penalties even when it is demonstrated the parties in question unintentionally violated OFAC sanctions. To learn more about what is OFAC in banking and how Lyons can keep your institution in good standing, contact us today.