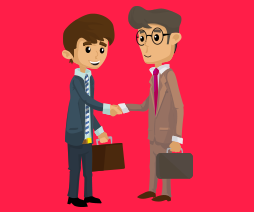 The federal government issues sanctions against foreign-based governments, people and companies that break the American laws prohibiting terrorist activities, narcotics or human trafficking. Once those sanctions are in place, the government also prohibits American companies and individuals from doing business with the sanctioned entities. The OFAC — Office of Foreign Assets Control, a division of the U.S. Treasury Department — is responsible for enforcing those sanctions, and every U.S.-based company that seeks to do business with a foreign-based government, contractor or person must screen that candidate across OFAC lists to be sure they are not engaging with a prohibited entity.

Who and What Is on the OFAC Watch Lists

The OFAC lists contain information that identifies those entities that are in violation of U.S. treaties, laws, and other standards. Among other criteria, these lists focus on:

What Is OFAC Screening?

Screening for OFAC purposes means running the names of a person or company through the various lists of sanctioned entities that are maintained by the OFAC. While it is not necessary to screen every job applicant or potential contractor, the OFAC does suggest that every organization run such a search if they think that they may be dealing with a sanctioned entity. Additionally, the OFAC identifies corporations that are most “at risk” of inadvertently becoming involved with a sanctioned person or company as those in the financial services industry (including banks, insurance brokers and credit unions because of the high potential for money-laundering activities), companies involved in imports and exports, and logistics enterprises that do business across international boundaries.

Fundamentally, the OFAC requires every American company and business person to ensure that their enterprise isn’t involved with sanctioned governments, groups or individuals, and the “Know Your Customer” (KYC) acronym helps businesses to maintain focus on that mandate.

“Knowing your customer” means doing due diligence when establishing business arrangements with new customers or partners. At the least, each search should start by verifying the identity of the new party, through confirmation of a Social Security Number or business registration. Once confirmed, running those identities through the OFAC filters should reveal whether they should be subject to additional scrutiny. Only after receiving confirmation that an entity is safe and cleared should the business operator proceed with their next steps.

While the concerns that arise from various U.S. laws are specific to each law, there are often red flags that should attract both attention and extra scrutiny:

Research reveals that many American enterprises suffer significant financial losses each year because of fraud perpetrated by false and fraudulent foreign businesses. Nefarious groups do business under fake names and send their ill-gotten gains through numerous false fronts to clean it of its illegal taint. By ensuring full compliance with OFAC rules and following through with OFAC screening, American companies can avoid losses and ensure that they are doing business only with safe and secure business partners.