How Corporations Can Protect Themselves From Cross-Border Payment Fraud 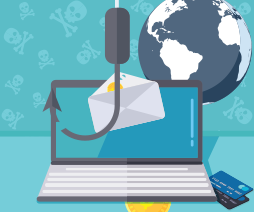 It’s a challenge for businesses to optimize revenue and minimize losses while controlling operational costs, as they move into different geographical areas.

Since the chip-and-PIN system rolled out in the U.K. in 2004, counterfeit card fraud, lost and stolen card fraud, and card non-receipt fraud fell off substantially. Financial institutions in the United States are expecting similar results when EMV technology is fully implemented.

But fraudsters are resilient; when one channel of opportunity is closed to them, they move to another. That’s referred to as the “balloon effect” in the financial industry — squeezing fraud in one area leads to growth in another.

Cross-border fraud is an example of the balloon effect. As avenues for point-of-sale fraud opportunities have been cut off, fraud has been on the increase in cross-border transactions, where the card isn’t physically used, known as card not present (CNP) transactions. Fraud tends to increase with the distance between the card issuer and the merchant.

Corporations need to instill fraud management practices into the operation without suppressing potential legitimate transactions or exceeding the budgets for fraud management, which tend to be small. Another complication in a prevention strategy is that fraudsters are continually evolving in their own methods of accessing payment systems.

Tracking the purchase device can identify the location of the device; device fingerprinting is also an option.

In “Online Fraud Benchmark Report: Persistence is Critical,” 2017 North America Edition, CyberSource, a subsidiary of Visa, found that businesses were rejecting international orders at twice the rate of domestic orders due to suspicion of fraud, even though many of the survey respondents believed up to 10 percent of the orders were genuine.

Businesses should continually review their processes and the results, including fraud losses and how they happened. It’s essential to be prepared to adjust the process as new threats come online and also to make sure that the protocol isn’t resulting in losing business unnecessarily.