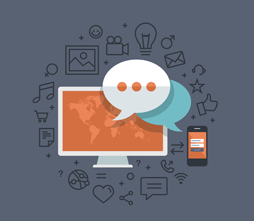 APIs have been part of the IT landscape for decades. They are the glue that allows legacy systems to function with newer, cloud-based services. APIs act as translators between two types of software and need to be developer-friendly. Many businesses have faced the challenge of integrating an inventory system and an add-on system for order tracking. An API will let the two work together to create a seamless order fulfillment system.

Developers create custom APIs that handle digital transactions. HTTP APIs work with web-based applications. Any site designed to offer multiple services will need to include a variety of APIs. for example, the ability to click on a map and get directions to a store is an API offered by Google Maps. When adding REST API services, it’s important to understand how they work, and when they are the best option. Here are a few tips on the how’s and why’s of implementing REST APIs:

Before selecting REST as the framework for a needed API, it is important to consider what the API needs to accomplish. REST is not the only option for APIs that work with web-based applications. SOAP is often the protocol of choice when developing for highly secure systems. REST is an architecture style that reduces the bandwidth needed to handle transactions. This makes it the style of choice for many consumer-faced applications, particularly for sites that primarily only use GET and POST functions. REST APIs offer significant advantages in terms of streamlined architecture.

Remember that other companies have already created REST API models. While developers can, and do, start from scratch, the entire framework of REST API leans toward simplicity. It works with HTTP, although a developer could potentially use other protocols like SOAP, which makes it a lean add-on that doesn’t require too much complexity for basic uses. To transfer data from one program to another, REST APIs can be simple, easy to build and easy to use.

Before creating a development team to custom-build a REST API, see what’s already on the market. Many services will already perform basic functions, so it is important to know what is need to fill any service gaps. This can help reduce the load on a new REST API.

With a list of needed functions in hand, developers can model REST APIs designed to perform specific functions. This can range from adding interactive forms to creating a portal through which employees can access database functions on the go. Many mobile apps use REST APIs to allow users to interact with data stored on other servers.

To help keep web services lean and responsive, regardless of the number of users, it is important to minimize the amount of data transferred during each query. REST APIs excel at this process, particularly when coded using test-driven development. This development style starts out with a use case. A company wants to integrate their existing inventory system with their order database. Both pieces of software are third-party, cloud-based services. The REST API needs to send queries from the ordering software to the inventory software and make adjustments. The current use case shows the failure. Developers then model the minimum amount of code needed to fill that gap. By keeping development focused on the minimum requirements, it helps speed up the development cycle and catch errors as they happen.

Once the new API is developed, the implementation should be fairly straightforward. The code has passed all necessary testing and performs well, so all that is needed is to integrate it into the systems that will be using the REST API. Developers may need to create adapters that allow the API to function with existing models.

REST APIs offer several benefits to businesses. They keep coding simple and work using existing HTTP sites. By taking a stateless approach to design, developers only work with a limited set of actions that are already understood by systems that use HTTP. All transaction information is contained within each query, and SSL security is available end to end. What makes RESTful APIs so popular is the ability to scale cleanly and avoid catastrophic failure.

When working with RESTful APIs, developers rarely have to worry about a total failure. The API is only loosely linked to the server and does not have the authentication needed to make major changes. This means that a component failure doesn’t translate into a cascade. RESTful APIs allow businesses almost unlimited flexibility for design and user functionality.